How long has it been since we went on a garden tour? I used to do it every summer on Open House days, that great program produced by the Garden Conservancy. It’s a marvelous way to get new garden ideas. If you’re unfamiliar with the program, just Google the Garden Conservancy and you can get the entire summer schedule. Listed by states as well as by months, the dates and times that gardens are open and includes clear directions.

I haven’t taken the opportunity to visit a single garden since 2011, probably because I hardly have the energy to keep my own gardens looking respectable so I don't need to be tempted by new garden ideas. But several weeks ago my friend Angie invited me to accompany her to see a Hosta Garden in Granby, Connecticut.

Hostas are not high on my list of favorite flowers. The fact is that the flowers produced by these plants are a very minor part of their beauty. There were dozens of other plants besides hostas, however, attractively arranged and all clearly labeled.

John O’Brien is both the owner and the creator of the gardens, which I would guess contain more than a hundred different hosta species, and John knows the Latin name for every single one! He must have planted that hydrangea many years ago. It is one of the best of the ornamental vines and useful because it will grow and flower even in a northern exposure. Such a strong heavy vine needs very strong support, and Mr. O’Brien sensibly chose a tall sturdy tree for his hydrangea to climb. It is bursting with white blooms, but in winter its peeling reddish brown bark will be revealed.

One could spend an entire afternoon looking not just at hostas, but a fabulous array of other plants as you meander down the hill to the brook, up past borders of iris, unusual trees and shrubs, all clearly labeled. We took so many photos that I don’t really need to say anything more, just give you a glimpse of the rare specimens, and offer some directions on how to visit this spectacular garden and its charming owner.

I fell in love with the soft colors of this beautiful tree peony called Kopper Kettle. This parsimonious old lady would actually have bought one, but none were available. Isn’t it delicious? 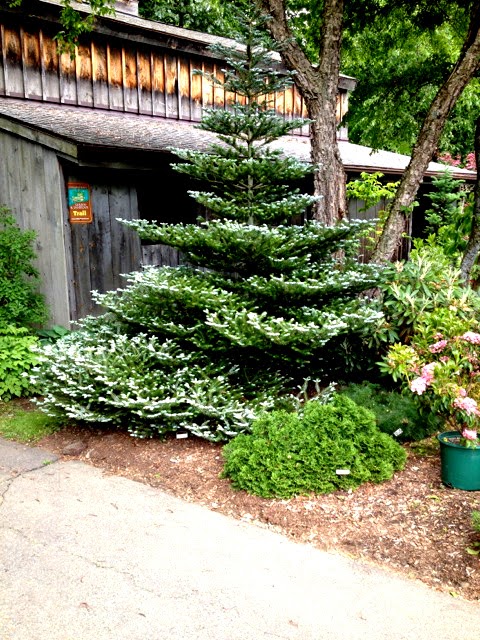 This fir tree, Silver Snow, whose Latin name is Abias koreana, originated in South Korean, and does well in cool moist areas of New England. It rarely grows taller than 30 feet. Its new spring growth is silvery white, and is followed by unusual looking purple cones.

A mountain laurel I’d never seen before is the one above, Olympia Fire. It has brilliant red buds that open into soft pink blossoms. Most laurels I’ve transplanted from the woods on Locust Hill have not done well, but I bet this already potted one, would be a success. 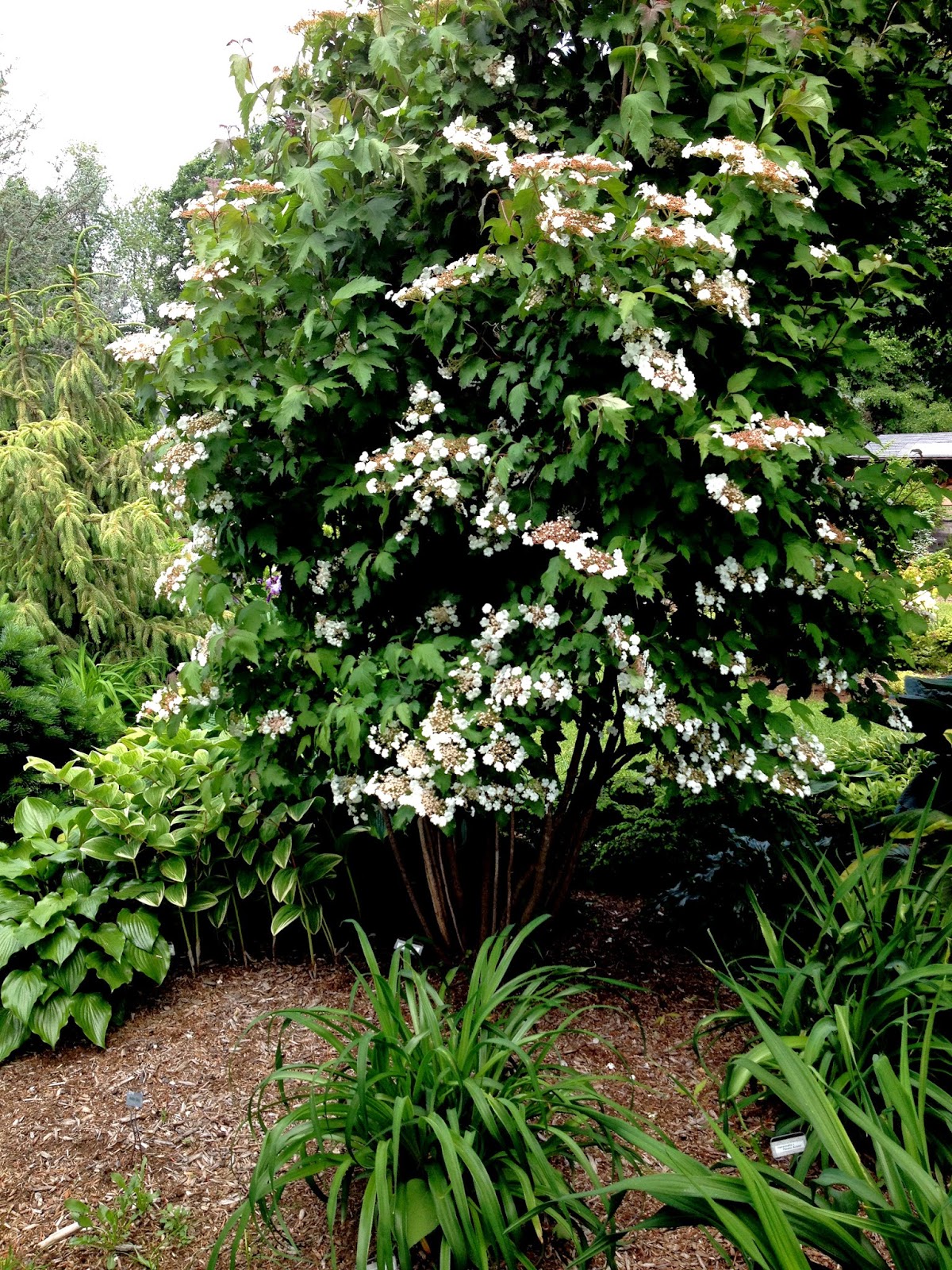 I found this viburnum so impressive. I’ve never seen one so big and healthy. The ones I’m familiar with, growing in wood edges, tend to be spindly, and have hardly any blossoms. Well, I guess just about everything in this garden is so happy under John’s care that it’s not surprising. 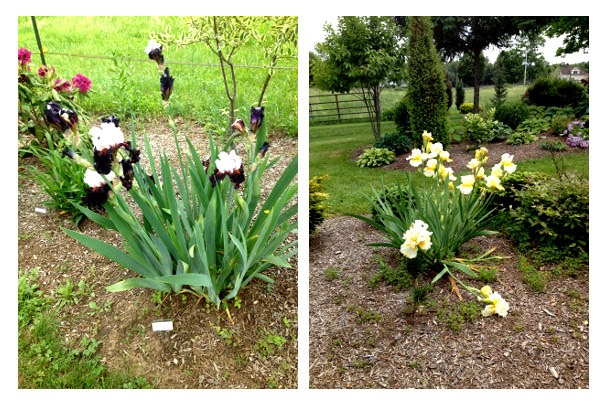 By now you probably have a pretty good idea of what an
incredible show of unusual plants (and not just hostas)  you can see in this Granby Garden.  If you take Route #20 toward Bradley         Airport, just before you get to the town of Granby,  take a left a   the red light onto Route #189.  Go less than two miles miles and      take a right onto Wells Road. #40 on your right you will have          reached  reachethis spectacular garden.   Enjoy!