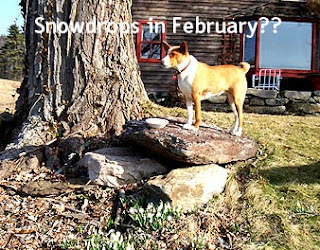 When I looked up Leap Year on the Internet last week I had no idea what I’d gotten myself into.  It turns out that our calendar, something we all take for granted, was thousands of years in the making, only becoming truly accurate in the 1500s.

The first calendar was based on the moon, 12 lunar months, which adds up to a year of 364 days.  It was the ancient Egyptians who finally saw the importance of the summer and winter solstice and the spring and fall equinox.  Their calendar had 365 days.

Since a year actually contains 365 and a quarter days, it was only when Julius Caesar came along  in around 40 BC and solved this problem by establishing Leap Year, adding an extra day every four years. Unfortunately even Leap Year didn’t quite add up to an accurate calendar.

Sixteen hundred years later the seasons were totally out of whack with the calendar.  11 minutes were being added each year and by then those accumulated minutes came to a total of 13 days! It wasn’t until the 1580s that Pope Gregory XIII produced the first truly accurate calendar that we use to this day, the Gregorian calendar.

The Pope decreed that Leap Day, which was included in the calendar every four years, needed to be omitted in three out of every four centuries!  Under this new law the years 1700, 1800, and 1900 were not to be leap years, but 2000 would include one.   He must have had some fantastic scientists to figure all that out!

For years gardeners depended on various dates on the calendar -   planting peas on St. Patrick’s Day, tender crops on Memorial Day, fall spinach on the 4th of July.  They usually started worrying about Jack Frost in early September.

What plants and animals really care about is having the sun get up early and go to bed late so that the earth begins to warm up.  Mother Nature’s flora and fauna, from chrysanthemums to hibernating bears, plan their lives around the amount of daylight they get.   Remember this picture of the flower clock?  It shows how the sun opens flowers at specific times each day.  Sorry, it's a little fuzzy. 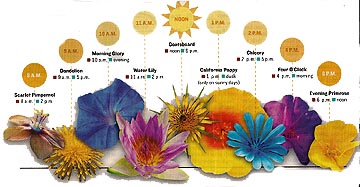 Considering the freaky weather we get nowadays and the affect of global warming, the calendar’s dates aren’t very dependable any more.  Planting Brussels sprouts in May can mean they will probably produce their little cabbages long before cold weather can turn them sweet.  It used to be so hard to get a really ripe tomato before frost, but these past few years our gardens sometimes get red and juicy tomatoes as early as July. 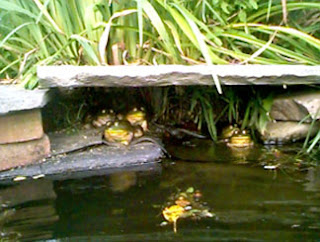 It’s only February but I’ve seen snowdrops and daffodils already popping up.  All the frogs in my pond barely wait until the ice is out before they begin croaking.

Next week on February 29th we’ll get an extra day to keep our calendars accurate. Just think of the thousands of years it took!

Posted by Weeds and Wisdom at 3:29 AM