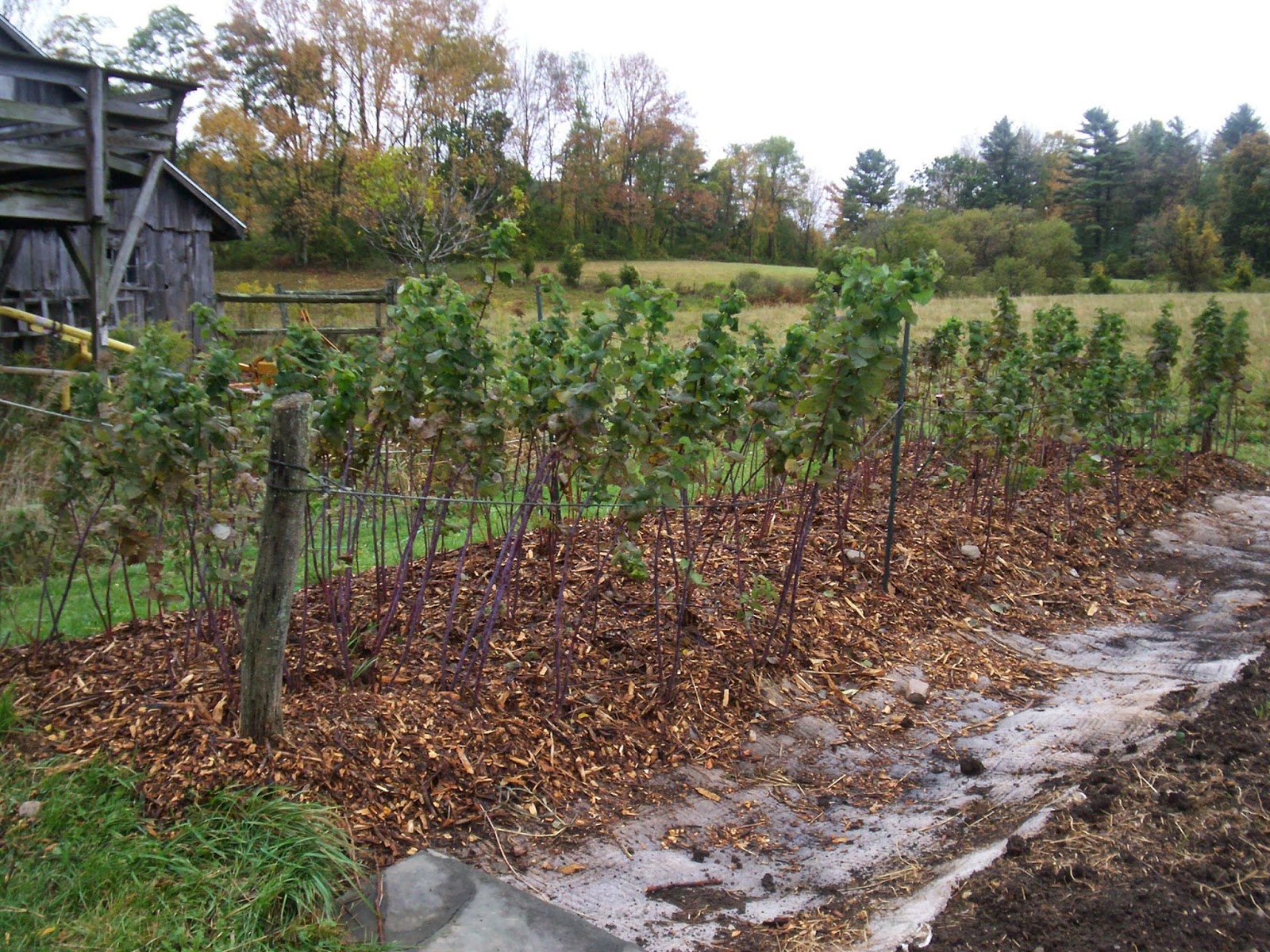 I think Jack Frost is a little confused about Global Warming.  He’s been playing hide and seek here in the northwest corner.  One day he makes me frantic to turn off all the outside water faucets before they freeze,  the next he's disappeared so we get to enjoy a day with temperatures as warm as May. Warm or cold, it's time to face fall chores.
There’s one job  I always try to do, even if I have to wear mittens. and that' preparing the raspberry beds for winter. Do you have a raspberry bed?  Growing these delicious berries is about as tricky as growing a beard.  I speak from second-hand experience I hasten to add. It surely must be as delightful to not have to scrape one’s face every morning  as it is to have fresh raspberries  on one’s cereal or raspberry jam on one’s toast.
Because raspberry plants reproduce as rampantly  as rabbits, 10 canes makes a good start on a bed since they will all send out underground stolens to make new plants. These children are easily dug up and replanted to extend the bed, and in a few years you will have  enough raspberries to treat the entire family.
All raspberry plants are perennial, continuing to live for years, but their canes are biennial.  In their first year all they do is grow. The second year they branch,  blossom,  produce fruit, and, exhausted by all this heroic effort, die. These dead stalks should be removed each fall.  Of the four or five new stalks that have appeared on each plant, all but two should also be removed.
My bed contains a very hardy variety called Latham that gives an excellent yield each each summer, but only that one crop, so one year I bought some Fall Gold, This variety has amazingly sweet berries.  They literally melt in your mouth! It has two crops, one in late July, and a much bigger crop in late September. 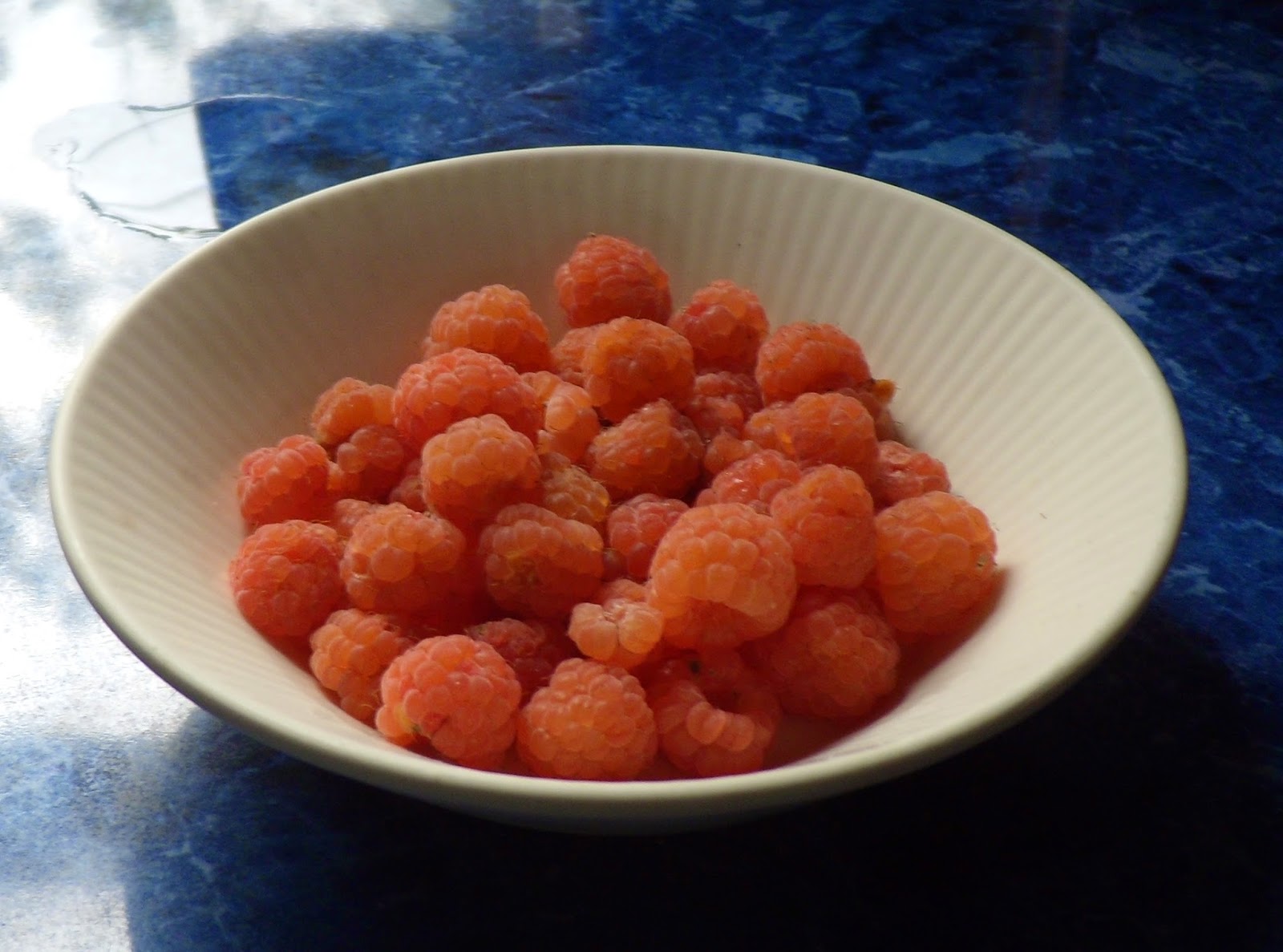 Unfortunately I’d planted mine too close to the Lathams, who began to crowd them out, so the following spring I faced moving the Fall Gold to a safer place.  But where?  The only good area I could think of was halfway down the hill on the south side of Hank’s shop, not very sunny, but easy digging. 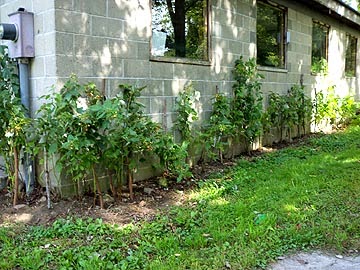 "Out of sight, out of mind " was the problem. In the last few years I"ve totally neglected them except to eat the berries. That was not allowed when the kids were young. You had to fill your container  (the one pictured below is easy to make and leaves your hands free to pick.) and then you could eat. 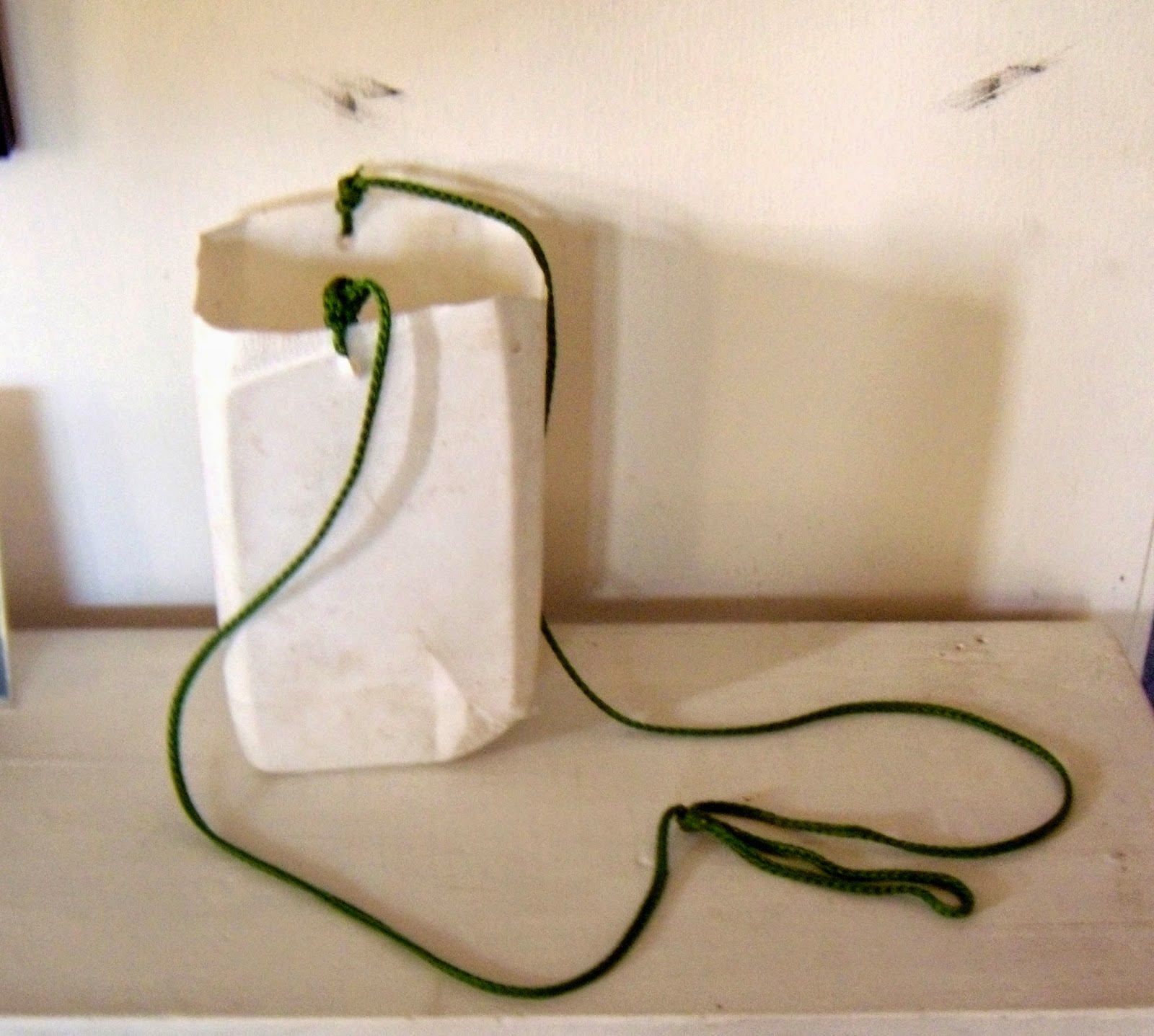 This fall there were more dead stalks than live ones, and the live ones  were so tall they were falling over,  They were loaded with ripe berries however. The young man who now rents the shop is the first tenant I've had who hasn’t  constantly snitched all the ripe berries.  It turns out he doesn’t  like raspberries!  That made it  really worthwhile to give the poor bed a helping hand.

First I cut out all the dead stalks, something I should have been doing every fall, and  pulled the tangles of  weeds that were suffocating them. That was a good start, but the  tall plants badly needed staking.  Sumacs make ideal stakes, so I cut six from the sheep pasture and returned to the shop eager to put them in.

Unfortunately  I’d made them so tall and I was so short, I couldn’t do it.  But just then Matt, the  tenant who doesn’t  like raspberries came out the shop door, took my hammer and in five minutes had pounded in all six stakes and helped me stretch a line of baling twine from one to the next to hold up the falling down plants. What a guy!  I went home and filled a basket with tomatoes, cukes, beans and peppers for him. 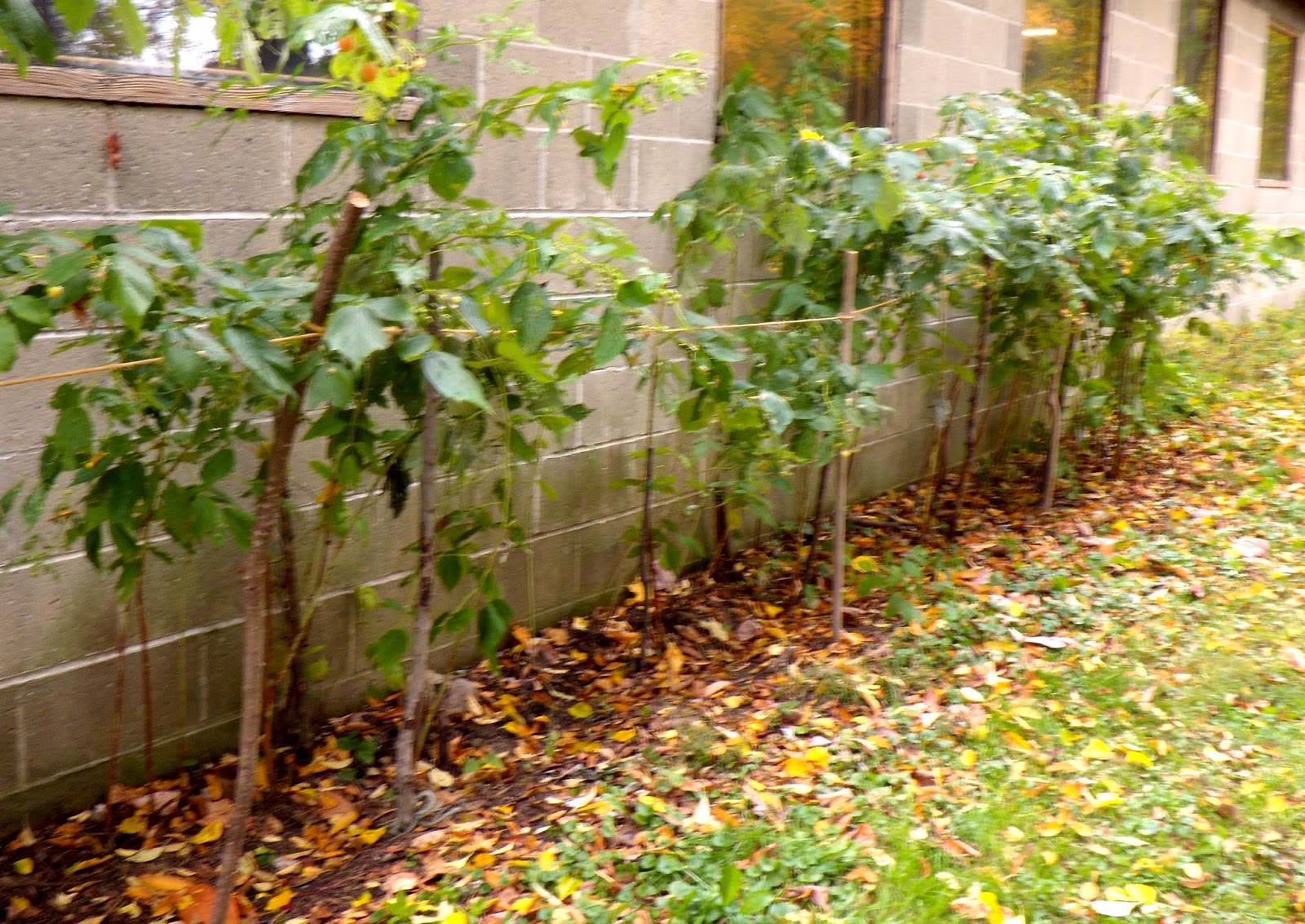 By the end of the week I'd filled the empty spaces with  8 or 9 new seedlings that had appeared, but I couldn't cut back the tall plants as they are still full of ripening berries. The bed looks pretty ragged, but those melt-in-your-mouth fruits are too delicious to waste.

I hope this column inspires a few of you to try growing raspberries.  They  really are as tricky as growing a beard.