Gray in the Garden 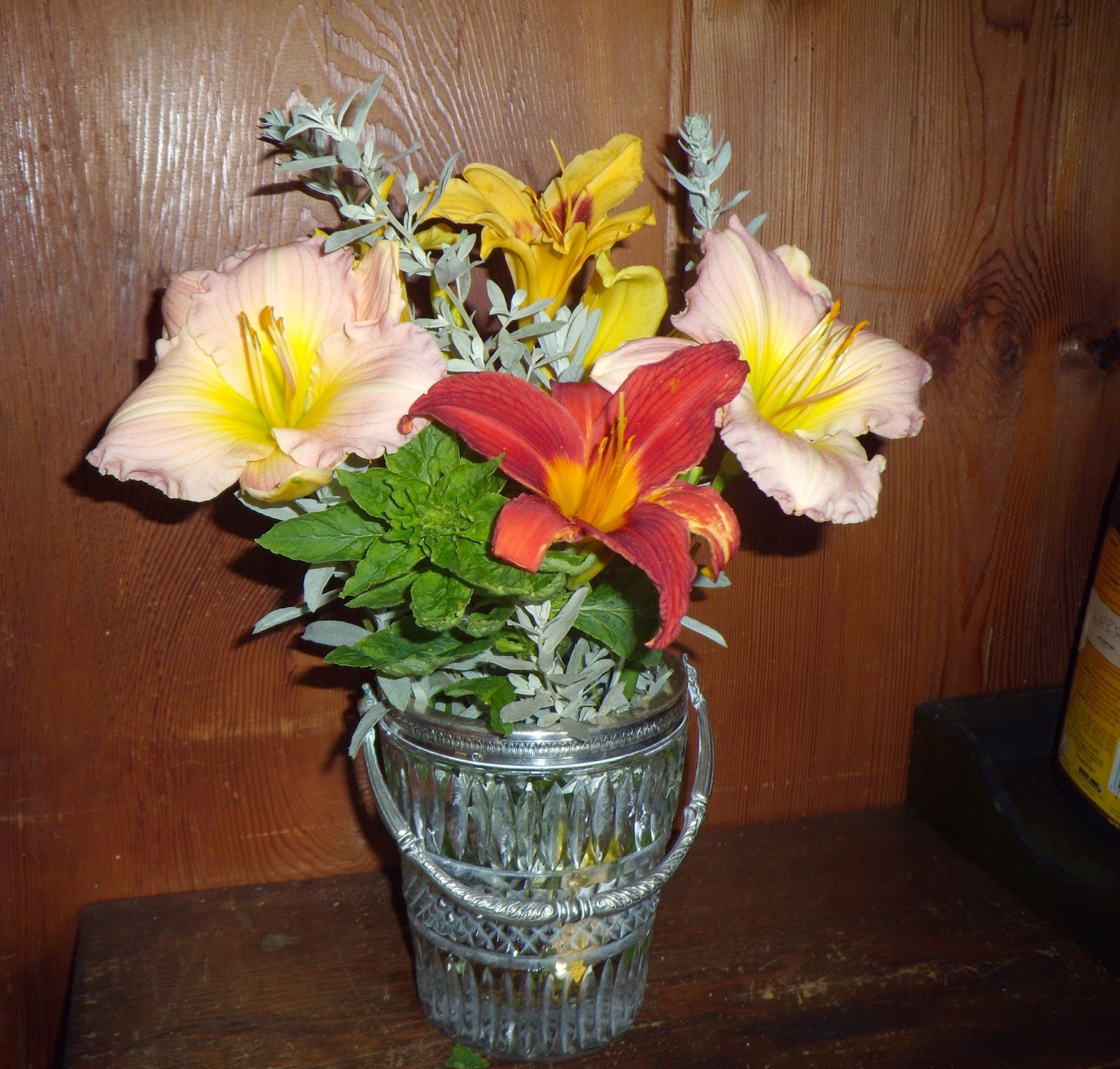 The other day it was so hot and sunny that I put the top down on my Miata before driving to the library  to sort book donations, a daily job.  Suddenly  some kind soul hollered down the stairs “It’s raining, Hatsy!”  I raced upstairs (I sort in the cellar)  to put the top up on the Miata. The job is not automatic,  and by the time I got home I was as wet as the driver’s seat.

The sunny day had become a gray day, so I decided to write this column about gray in the garden. The plant world  offers the gardener many choices  -  pearl gray, ash gray, ghost gray, slate gray, mouse gray.  Most of them are that color because they are “dead hairs that have turned white just as they do on human heads.”  I put quotes  around that comment from a book by Helen Fox,  a well-known garden authority, because I don’t quite believe it, do you? A human's white hair is dead hair?

One of the most common plants with gray foliage is Artimisea, sometimes called  wormwood.  It was given that unattractive label because an infusion made from its leaves and taken internally would supposedly dispel worms.  Another gray species is used to flavor vermouth, but I don’t believe martinis are the infusion I previously referred to.

There are a confusing number of species of Artimisea, and I’ve spent most of my morning trying to sort them out.  I think the one in my own garden is A. pontica, at least the description fits.  It has an annoying habit of spreading by underground roots,  and often manages to spring up in the midst of an astilbe or a day lily, making it impossible to  remove. 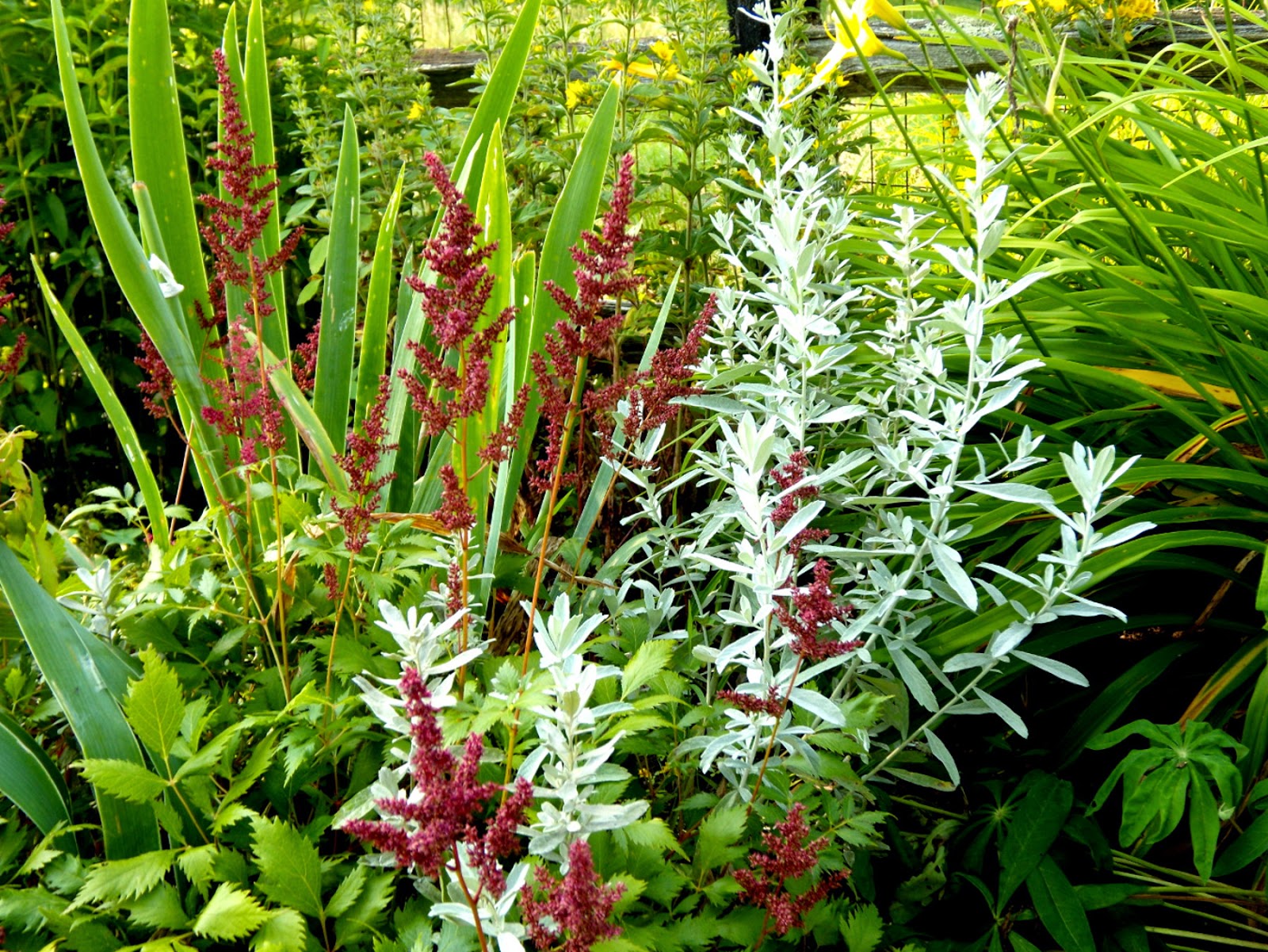 This species has stiff stems that grow about two or more feet tall with delicately cut leaves the texture of soft felt.  Their blossoms come in August, panicles of inconspicuous yellow flowers hidden by gray bracts.  This species  provides a nice contrast in flower arrangements and if picked and hung up-side-down  to dry before it becomes spotted with brown, can be used in winter arrangements.

Silver mound (A.schmidtiana) is another less conspicuous and better mannered Artimisea that only grows 10 or 12 inches high.  Its soft feathery leaves form  rounded hummocks.  It  prefers dry soil, and if it it’s allowed to get too wet or too big it will break down, losing its pincushion look, so it should be divided frequently. 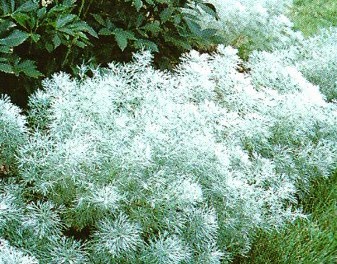 I thought that Dusty Miller was another of the Artimisea tribe, but  my garden books claim it belongs in the Cineraria  family which includes both annual and perennial varieties.  Their leaves are a soft gray or silvery white, providing a nice contrast to the reds , pinks and blues of a flower garden.  The Dusty Miller , Senecio  cineraria,  has very white, finely cut foliage, prefers  lots of sun, and like the Silver mound, is quite small and well-behaved. 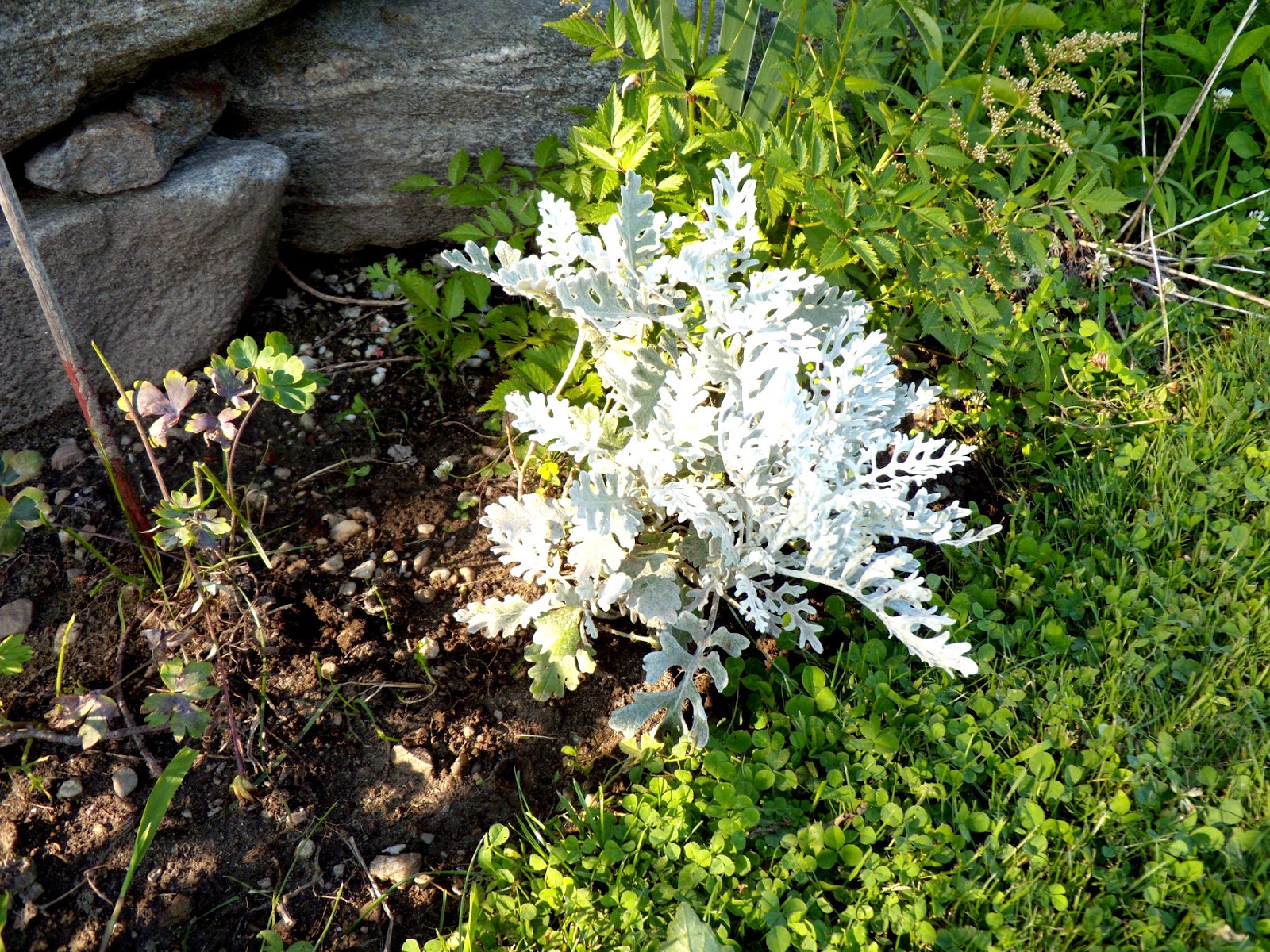 There are many other plants with gray foliage  –  lamb’s ears, the one with velvet leaves, one of the everlastings, German statice, and of course many herbs,  sage, rosemary, horehound.  Since I don't enjoy cooking, the only herb I grow is thyme, which makes a nice ground cover, so I know nothing about how these culinary plants grow.

Ah, the sun has just appeared,  so I can avoid revealing my ignorance of herbs and get out into the garden.

Posted by Weeds and Wisdom at 9:38 AM