The Most Reliable Plant of All 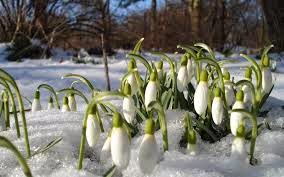 When I started writing  garden columns back in 1982 I had no trouble composing a new one each week, approximately 50 a year.  It wasn’t until 2001 that  I switched to writing just two columns a month.  Adding them all up comes to a total of more than 1100 columns.  No wonder I have  Writer’s Block!

Nowadays when I pick a subject  I always check to see how long since I’ve written about it in a previous column.  Arbor Day? Colts Foot? Mud Season?  Spring Chores? I’ve covered them all, several more than once. Over the years I’ve written about bulbs 3 times, but this year they were the only cheerful sign of spring on Locust Hill, so excuse me if a bit of this column is familiar.

The first time I wrote about bulbs I was amazed when I discovered that the first bulbs resided to the tropics and had no bulbs at all. It was only when these plants migrated north to colder climates that they developed this unusual method of storage in order to survive. Wasn’t  Mother Nature clever to figure out a way to let these sweet flowers live in New England!

If you slice down through the center of a bulb - a daffodil is easier to use than something as small as a snowdrop - you can see the tiny embryo,  protectively surrounded by layers of  leaves. This minute flower  is  just waiting for warm weather and water to allow it to start growing and become strong enough to push above ground.

When I arrived home from New Orleans on April 1st I thought Mother Nature must be playing an April Fool's Day joke. The temperature was below freezing, the meadows still  a drab brown carpet, no eager red buds ready to open on the maple tree, not even any  bright yellow splashes of Colt's Foot blooms could be seen.

The only evidence of spring I saw were the brave little snowdrops, their tiny blooms looking like puffed rice.  They are by far the bravest bulbs to appear  each spring.   They will even force their way up through the snow, as you can see from the photo above.  Mine came so early that they’re already through blooming.

I finally faced the unappetizing weather and spent ten minutes removing the clumps of dead leaves covering the crocuses and miniature daffodils so they could begin to show off. 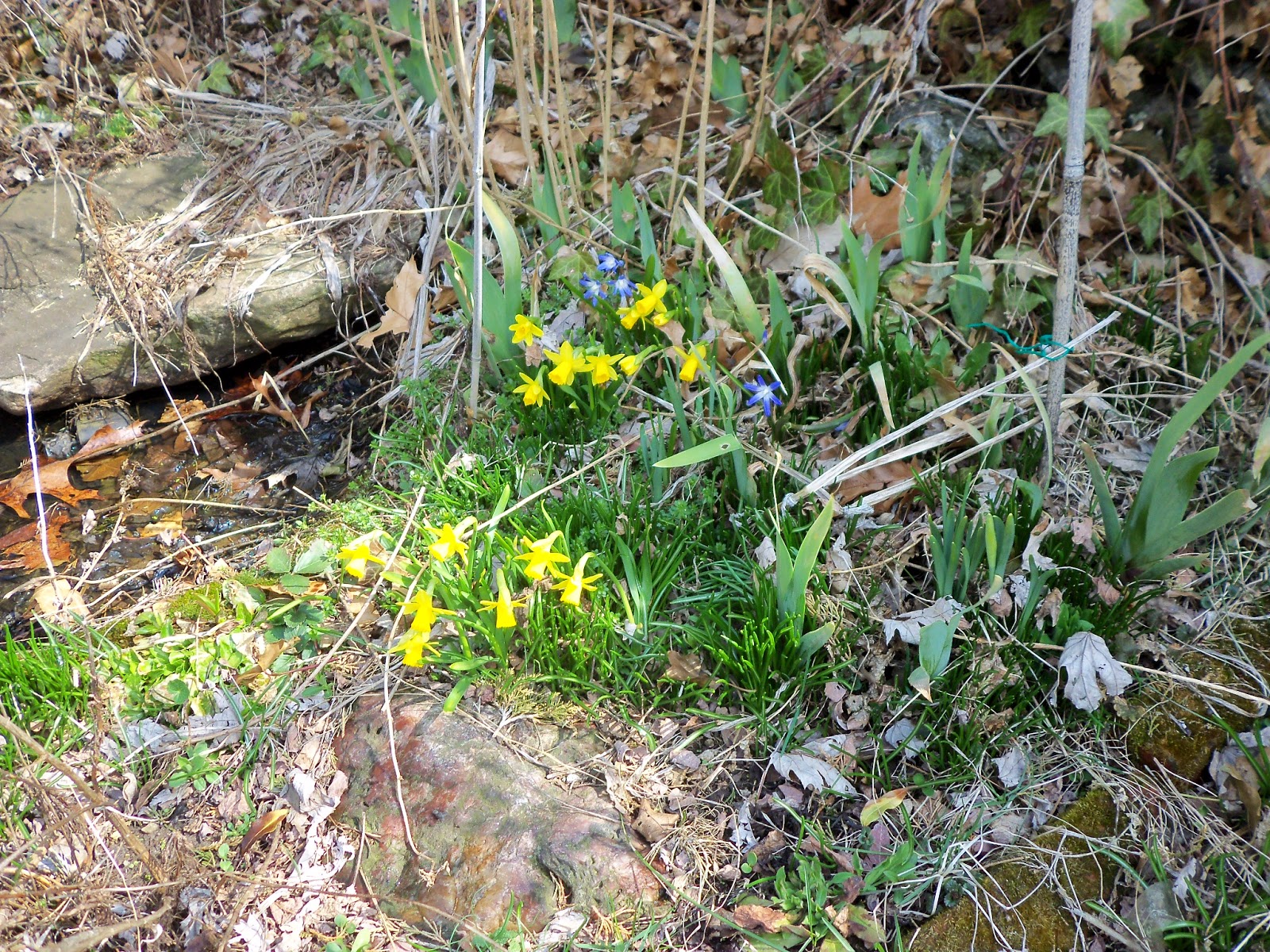 What other flowers can you plant that are more rewarding than bulbs?  They go on and on forever, free of diseases, increasing in size and beauty each year.  Plant a single narcissus and in a few years it has turned into two or three.  In five years they can be dug up, separated and the results replanted.  Provided you've marked the clumps that need dividing before their foliage disappears so they will be easily located when it's time to dig them up come fall, this cycle can be endlessly repeated.

I’ve repeated it so often that in 2001 I couldn’t think of another area that needed daffodils until Hank suggested I make a ring of them at the edge of the circle we mow under the Carpathian walnut so it’s easy to find the nuts. 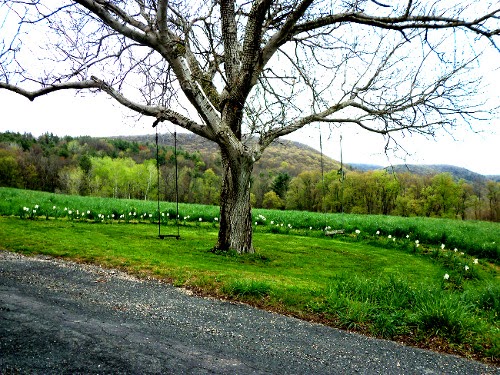 That was a fine idea, but when the sapsuckers riddled the walnut with holes so it stopped producing nuts, I stopped mowing the circle.  Last year I had the walnut cut down, so now the  daffies are just part of the hay field, struggling to survive in the tall grass. 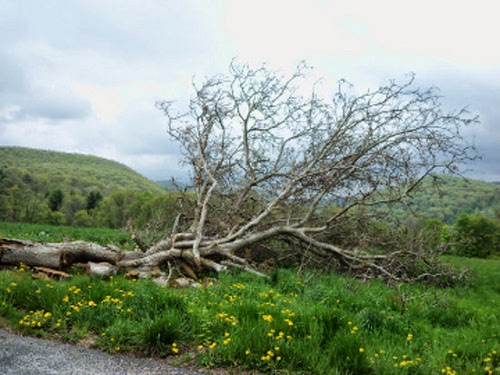 I’m afraid  that’s just too bad.  Even if I had a new area to transplant them to, I haven’t the energy to even think about it.  There are far too many other spring chores to do.

Hopefully some of you will be inspired to tie a few of your bulbs with colorful ribbon this spring so they can be divided and transplanted come fall.  And I would be delighted to hear from any of my readers who have subjects they like me to write a future column about.

Posted by Weeds and Wisdom at 9:04 AM