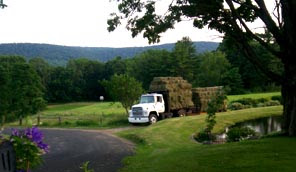 June and July were so full of rain, weren't they?  The local farmers had a terrible time getting in their hay, I was feeling totally hemmed in by the five-foot high grass in Locust Hill’s meadows. August was almost here when the Ford boys finally appeared. It took three days to cut, rake, and bale Locust Hill's twenty acres of hayland.  What a comforting sound, the rhythmic "kathunk-kathunk"of the baler was as it swept up the raked hay and turned it into bales. And not a drop of rain fell before they were all safe in the barn.

Since I’m sick of weeding, edging, sawing up the dead limbs of the maple tree for firewood,  and other hard jobs, let's take a nice leisurely walk up to the pasture today and see what field flowers are blooming. I’ve often taken my readers on wildflower walks in the spring when the small delicate woodland plants are in flower, but I thought it would be fun to tell you about some of the many mid-summer wildflowers 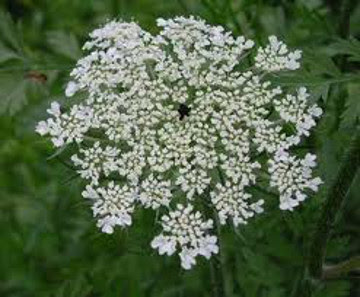 The most prominent wildflower right now is Queen Anne’s Lace.  With herbal remedies all the rage, it's too bad somebody can't think of a good use for this wildflower, but it isn't even edible, despite its being known as wild carrot.  Because of its tiny centered red dot  it got its most common name as Queen Anne supposedly pricked her finger while sewing lace. That red dot turns black so quickly that I've never seen it.  Its other common name, Bird’s nest, comes from its spent flowers which curl up into a cup shape that would make a perfect home for a hummingbird. 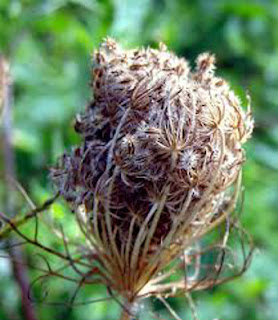 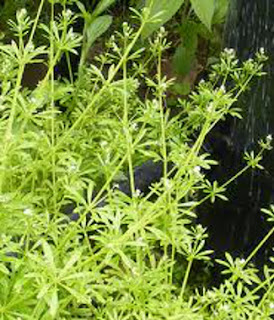 Cows will eat bedstraw and most other field flowers, but there's one they definitely are smart enough to not care for, thistles. Locust Hill's hay fields and pastures are full of these painfully prickly perennials. Here’s one in full bloom.  Look down at its base and you always see hundreds of tiny ants.  They’d like to climb up and feast on all the sweet nectar, but very few manage to get past the prickles.   The thistle welcomes only insects on wings that will properly pollinate it. 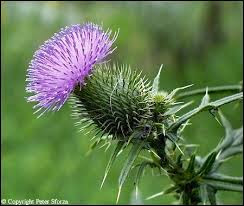 According to an old Scottish  legend, hundreds of years ago the Danes secretly  invaded Scotland in the middle of the night, and took off their big boots in order to be very quiet.  One big burly
Dane stepped on a thistled yelped "JEG FOLER SA SMERTEFULDT!" All the Scots woke up and rushed out, saving their country from the Danes.  Shortly after, in appreciation they chose the thiustle as their national flower.

Field flowers can be as dull or as absorbing as people at a cocktail party.  You might ignore   the woman in double knit with a voice like a rusty hinge, but if you knew she’d written four best sellers and had just adopted an orphan from Vietnam, you’d most likely find her pretty interesting.  And who’d talk to that owly-eyed  old man wearing knickers, for heaven’s sake? But if he’s an old friend you haven’t seen since he came back from climbing in the Himalayas you’d be delighted to spot him across the room.

Flowers may not be as fascinating as people, but just knowing the name of a flower makes it more appealing.  You’re probably familiar with this tall stalk of yellow blooms below called mullein with its velvety soft gray-green leaves, but I like its more descriptive names – beggar’s blanket and flannel flower.  As kids we used its sturdy stalks as swords for mock battles, but in olden times they were dipped in fat and used as funeral torches. 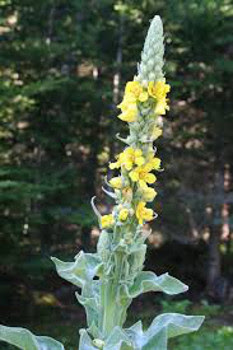 Oh, look.  This is a really pretty flower that you may not have even noticed. It’s a moth mullein.  Look closely at the blossoms spaced so nicely up the stem, each one almost an inch across.  Aren’t they beautiful?  Their centers are made up of tiny anthers covered with purple fuzz, surrounded by orangey yellow stamens, and each one set against a pale yellow background of petals.  Such a fantastic color scheme.  The photo doesn’t do it justice. 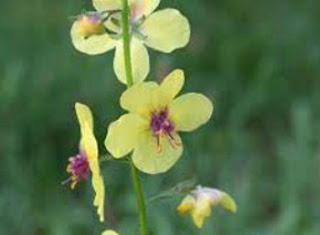 Are you familiar with the Self-heal? This low growing plant with a rusty greenish cone sports one or two small purple blooms today, another one or two a few days later,  a couple more in a week.  It’s a pretty homely flower with an equally homely Latin name, Prunella vulgaris, which reminds me of one of Hank’s old girlfriends who could never quite get it all together.  Vulgaris is the Latin word for common. 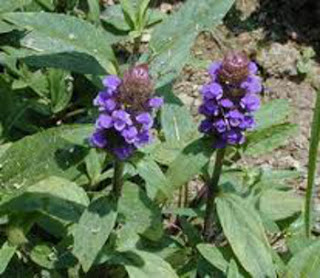 There are many more flowers in this pasture, but here’s a delicious spot where nothing grows but moss.  How long since you’ve lain on your back in an open meadow and felt the earth’s pull vanish in a floating cloud?  Let’s just sink down for a few minutes and drink in the vastness of the universe.  We can meet more flower another time.